I feel blessed to be a teacher within Trillium Awakening and serve others in their spiritual life. To get a sense of my view, I think it would be helpful to share my own spiritual journey. My spiritual inclination goes back as far as I can remember. I grew up with an intense devotion and curiosity about God. Due to that, I became involved with a Christian church independent of my parents and for the most part considered myself Christian growing up. In late high school, after living at a Catholic boarding school, I realized that the monks did not fit my image of people devoting their whole life to God so I began questioning the Christian faith. This led to a reevaluation of my Christian background and my views on religion and spirituality. During this period, I realized I felt emotionally ungrounded and became interested in meditation. I met a friend who meditated who passed on literature to me about the views of his tradition. The tradition viewed the nature of God as pure love and that saints throughout time helped others to God realization. This intuitively made sense to me and I began to practice an intensive form of meditation called Surat Shabd Yoga or meditation on inner light and sound.

Through the practice of Surat Shabd yoga, I had many experiences and synchronicities that were not typical such as various encounters with the unseen world. Through these experiences, I realized that reality was much bigger than the materialist worldview that was predominant when I went to college. Eventually while practicing in this tradition, I had a sudden realization of what is termed Consciousness in Trillium Awakening. I realized that I was not my body and not my mind but an ever-present timeless awareness beyond them. I termed this awareness God at the time and knew deep in my bones that everyone and everything is That. This shattered my previous worldview as I predominantly grew up believing in a theistic worldview. After this awakening, I began an intensive study of various non-dual teachers such as Jiddhu Krishnamurti, Ramana Maharashi, and Adi Da. Buddhism as well intrigued me. This eventually led me to studying and practicing with Alan Wallace, Thich Nhat Hanh, and various Tibetan Buddhist teachers. During a silent retreat with Thich Nhat Hanh, I had an intense heart opening that led to a consideration of becoming a monk in his tradition due to its impact on me. Most likely as a result of this, Thay gave me the dharma name “deep transmission of the heart.” However, after spending sometime in France in Plum Village, I realized that I wanted to go to graduate school and study Transpersonal Psychology eventually. Due to this, I gave up the idea of becoming a monk and proceeded to study with various Engaged Buddhist and Advaita teachers such as Sulak Sivaraska, A.T. Ariyaratne, and Ramesh Balsekar in Europe and Asia.

Upon returning to the U.S., I practiced within an Indian tradition called Ananda Marga that blended yoga, meditation and selfless service. Eventually in 1999, I met Saniel Bonder, whom I heard about through my previous interest in Adi Da and became deeply immersed in the Waking Down in Mutuality work. Shortly after my initial involvement, I had my “second birth” and continued to work with various Waking Down and now Trillium teachers. Although my root spiritual orientation in many ways is Trillium Awakening, I continue and have continued to practice and participate in various other psycho-spiritual paths. I went to graduate school in Transpersonal and Clinical Psychology in which I have a PhD and am trained and licensed as a psychologist. In the course of my education, I was exposed to practically every form of psycho-spirituality out there from psychosynthesis to somatic psychotherapies (such as Hakomi, Sensorimotor Psychotherapy, Rubenfeld Synergy and Hellerwork) to aikido to depth psychologies and integral psychology. In addition, I have worked with various other teachers and participated in various spiritual communities such as Shinzen Young, Thomas Hubl, the Diamond Approach, Mingyur Rinpoche, and Daniel Brown among others. I have purposely exposed myself to practically every psychological and spiritual approach I could as I see it aligned with my primary purpose of helping and serving those I work with. I deeply take the Buddhist notion of skillful means to heart, meaning I utilize different methods and ways of relating to help elicit healing and the unfoldment of your deepest nature. Due to this, I take a very universalistic approach to spiritual awakening and development.

In terms of my work as a Trillium teacher, in essence, my view is that there is not a separate thing any where in the universe and cosmos. We all “inter-are.” The process of awakening is being able to embrace this spiritual truth more and more fully, not just with the mind, but also with your heart, body, and whole Being. And through this Whole Being Realization, unfold your own unique expression of Totality as you feel called. This includes all the wounded parts of your self as well as your highest and most mysterious divinity, from soul to spirit and even beyond.

If you feel called to work with me, I look forward to exploring your unique unfolding of the sacred and the direction you feel moved to manifest in/as that which is beyond all names and forms. 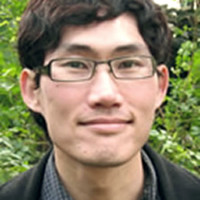